The warming effect of clouds 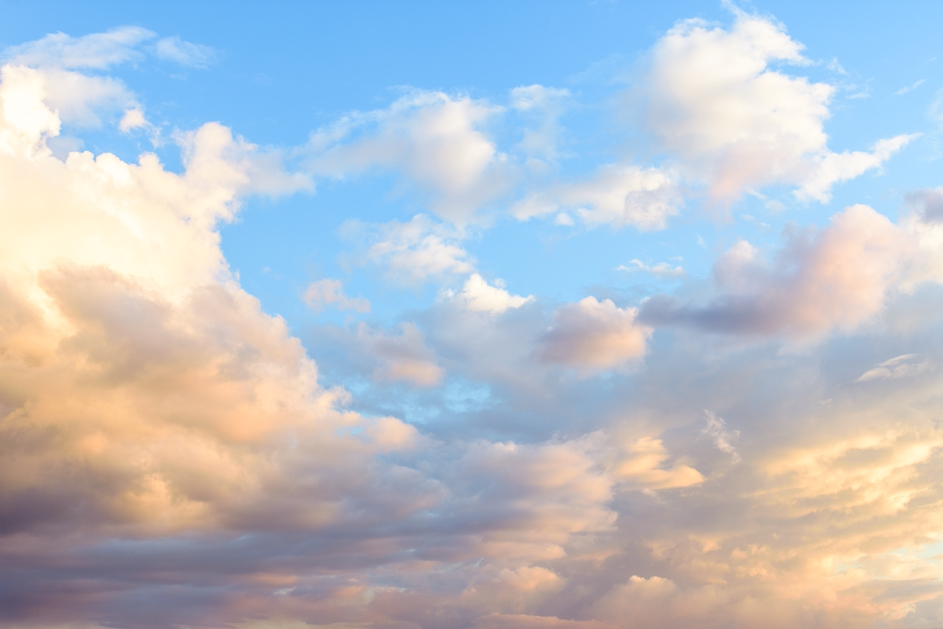 The greenhouse gas that is the most well-known and most reported on is without a doubt carbon dioxide (CO2). It is, however, not the only one, and as Frans van den Beemt explores in this article, the other ones cannot be ignored if the evolution of the Earth’s temperature is to be properly understood.

Global climate change is one of the most prominent challenges being faced by the current generation. As such, it is important to understand the basic mechanisms underpinning climate change. In this article, we examine the warming effect of greenhouse gases in our atmosphere. Perhaps surprisingly, we will see that not CO2 but clouds form the largest contributor to the so-called greenhouse effect.

The following quote from literature provides us an insight and an order of magnitude estimate of the greenhouse warming effect:

The energy balance
For these kinds of rough estimates of the greenhouse effect, one-dimensional atmospheric Earth models are used. As such, all data used are global averages, such as a surface temperature of 288K. To reach the figure of 33K an energy balance at the top of Earth’s atmosphere is assumed, that states: the absorbed incoming sun irradiation energy must equal the energy emission to space. The global average incoming solar irradiance amounts to 340 W m-2 [2,3] of which 76 W m-2 is reflected by clouds and 24 W m-2 at the Earth’s surface. The reflected fraction is called the albedo: that of Earth amounts to 0.3 when including clouds or 0.07 without clouds. The amount of radiation which is not reflected is absorbed by the Earth: 238 W m-2 with clouds or 316 W m-2 without them.

The outgoing energy (emission) by the Earth’s surface, atmosphere and clouds obeys the Stefan-Boltzmann law which states that the emission intensity of a black body scales with the fourth power of its effective surface temperature. When equating the black body emission to the incoming solar irradiance, we are able to calculate the Earth’s effective surface temperature as 255K. This is mentioned in the literature as the Earth temperature without greenhouse effects. The Earth we live in today shows a near-surface temperature of 288K i.e. 33K warmer, which is regarded as mainly caused by greenhouse gasses such as H2O and CO2, the latter of which is present in the atmosphere today at a concentration of approximately 410 ppm. Assuming that the warming caused by H2O and CO2 shows a linear relation with this 33K temperature effect, the temperature effect of any increased energy absorption by CO2 can be calculated to a first order approximation. Harde [4] writes that a doubling of CO2 concentration donates less than 1% to the absorbed energy budget, and assuming linearity it only contributes to a temperature increase of about 0.3K (1% of 33K). Harde found this in clear contradiction to the IPCC 2007 value of 3.2K. Note: Linearity relates to the energy and radiation budget, and thus, to radiative forcing, which changes logarithmically with the CO2 concentration.

Today’s Earth surface at 288K is 33K warmer than the above mentioned 255K and actually emits 390 Wm-2 instead of 238 W/m2. That 238 W/m2 is what the Earth emits to space and the difference between 390 W/m2 and 238 W/m2 or 152 W/m2 is what is regarded as greenhouse warming. However, many studies (see e.g. [5]) found that a doubling of the CO2 concentration retains an energy of 3.8 W/m2 in the atmosphere, which is only 2.5% of that 152 W/m2. As such, the temperature increase must be 2.5% of 33K or 0.8K. The Intergovernmental Panel on Climate Change (IPCC) argues that this temperature rise and consequent increase of evaporation causes a positive feedback factor, assuming more water vapor means an additional greenhouse effect. Below follows an alternative approach to the above mentioned calculations of the greenhouse effect.

The effect of clouds
For an imaginary Earth without clouds and thus without evaporation and condensation processes, we can calculate the surface temperature to be 275K. This is only 13K below the global average of 288K. Notice that the models that calculate a greenhouse effect of 33K as discussed above use an albedo of 0.3 which includes cloud reflection of irradiation where it is used for an atmosphere without greenhouse gasses and thus without H2O. The consequences are an albedo of 0.07 and a greenhouse effect of 13K instead of 33K. This points to the notion that clouds make a bigger difference than other greenhouse gasses.

In contrast to the sun’s short wave irradiation, the radiation processes within our atmosphere are longwave or infrared radiation. Infrared energy transport radiation processes within our Earth atmosphere include emissions and absorptions by greenhouse gases including clouds. The IPCC assumes radiation transfer through the atmosphere, where after each absorption of infrared radiation by greenhouse gases, the same energy is re-radiated in all directions. On average half of the energy is directed back to the Earth surface and contributes to heat the surface. But spontaneous infrared emissions of greenhouse gases find place at a time scale of tenths of a second (0.7s for the CO2 15 micrometer line) while the time scale for molecular collisions is microseconds at atmosphere pressures above 10kPa (0.1 bar) which we find in the troposphere. As such, energy exchange between molecules is more than a thousand times faster by collisions than by spontaneous infrared emissions. Within the troposphere, energy is mainly distributed by colliding molecules and greenhouse gases cannot warm the surface by back radiation.

Venus
However, there are also different mechanisms for heat transfer within the atmosphere. These non-radiative processes are for example convection, wind, evaporation, condensation and cloud forming. The non-radiative processes determine the temperature near the surface based on only three atmospheric parameters: pressure, density and mean molar mass [6]. The sun’s irradiance and the Earth’s surface infrared emission are automatically ‘baked-in’ to these three parameters. Holmes used this method to calculate the near-surface temperatures of several planets such as Venus, Earth, Saturn, Uranus within 1% of the actual measured values [6]. Even for the South Pole of our Earth it worked out very well. In this model a doubling of the CO2 concentration only slightly affects the mean molar mass and as such it has a negligible influence on the near-surface temperature. As Holmes describes it: “ … the hypothesis being put forward here, is that in the case of Earth, solar insolation provides the ‘first’ 255 Kelvin – in accordance with the black body law. Then adiabatic auto-compression provides the ‘other’ 33 Kelvin, to arrive at the known and measured average global temperature of 288 Kelvin.” [6]

In case of “pure IR radiation transfer” the rising temperature of the absorbing gases will dictate the “density near surface” which is no longer the case in a real atmosphere with strong convective processes. Calculating methods based on pure IR radiation transfer in our atmosphere find near-surface temperatures on Earth of 30 degrees too high and need to be corrected for convective processes. These convective correction methods are common in most atmospheric models. These models work much better in thin atmospheres like our stratosphere, with minor corrections needed for convection processes. [Liou [7] page 463 Fig.8.9] and [Wayne [8] p47 Fig.2.6 and p65 Fig. 2.10]. Also calculations of the temperature profile within the troposphere (ignoring/neglecting IR radiation effects) are found in the studies of Liou [7] and Wayne [8] with the well-known average result of 6,5 K/km. These studies make clear that non-radiation processes are dominant over (IR) radiation transfer processes as far as the troposphere is concerned. These studies provide evidence that within the troposphere, the temperature near Earth’s surface is not set by IR emissions / absorptions within the atmosphere but by the density and two other parameters as argued in the literature [6] and [9] instead.

The 33K result as mentioned above is not well calculated by ignoring clouds that are a dominant factor within the albedo used within the calculation of that 33K. I propose to use an albedo based on an Earth not only without water vapor but also without clouds with the result of a 13K difference between an Earth as we know it today and an imaginary Earth without greenhouse gases.

That relative low 13K difference points to a strong cloud (cooling) effect of our real world as we see it today. In case the temperature of the near surface air is dictated by terrestrial IR absorption also more water is expeced to evaporate that give rise to more clouds (thus cooling). More clouds mean cooling or a self-regulating (thermostatic process) or negative feedback that holds a possible temperature rise between limits. This finding is as far as I have seen (as far as I am aware) not included in the climate models used by the IPCC.