It came up in conversation: How much oil and gas goes into plastics and fertilizer production? It turns out the IEA has a 2018 report on this very topic. They have a separate 2020 report on total energy used in 2019. The reports contain some interesting graphs and data. Below is a comparison of total energy use in 1973 and 2018, from the Key World Energy Statistics 2020 Report. 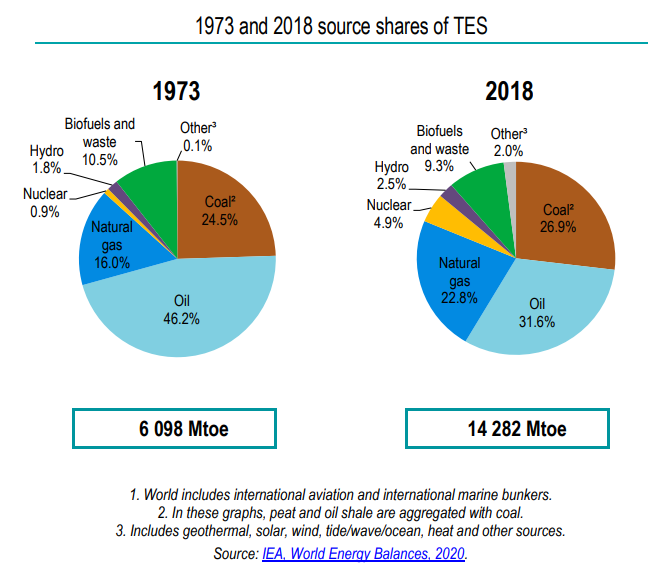 Figure 1. Comparison of total energy used in 1973 and 2018 by primary energy source.

In the 45 years between 1973 and the end of 2018, the use of oil dropped significantly and most of this energy was replaced by coal, natural gas, and nuclear. Wind and solar (part of “other”) increased a little, but the increase makes little difference. Biofuels, mainly wood burning, dropped nearly as much as “other” increased.

In The Future of Petrochemicals IEA 2018 report, we find that about 14% of the world’s oil and 8% of the world’s natural gas are used as feedstocks for producing petrochemicals. The petrochemical industry produces thousands of products we use every day. They include plastics, fertilizer, clothing, electronic devices, medical equipment, medicine, tires, solar panels, wind turbine blades, batteries, and insulation. The report points out that the demand growth for plastics and fertilizer are outpacing the demand growth for steel, aluminum, and cement. Petrochemical product demand has nearly doubled since 2000 and the U.S. and Europe use twenty times as much plastic and ten times as much fertilizer as India, Indonesia and other developing countries on a per-capita basis. This means the explosion in growth will not abate anytime soon. Figure 2 compares the growth in plastic production to the growth in other areas and GDP since 1971. 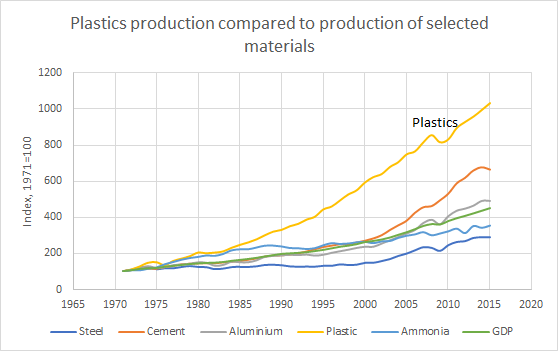 Figure 2. Global plastics production compared to the production of steel, cement, aluminum, ammonia, and to global GDP. Each quantity is shown as a dimensionless index where 1971=100.

The conclusions are obvious.