I was honored to be chosen by NYU Professor Steven E. Koonin to review his wonderful new book, Unsettled: What Climate Science Tells Us, What it Doesn’t, and Why We Got It Wrong. According to Amazon.com, if you order the Kindle version (Koonin, 2021) now, it will download on May 4th. Professor Koonin sent me a near final draft to read and comment on in November and I nitpicked it a bit, but the draft was in good shape even then. It is better now. I received a signed early copy a couple of weeks ago, but I pre-ordered a Kindle version anyway for easy access, and I recommend you do as well. This is an important book, not only because Koonin is a brilliant and famous physicist, but also because of the content. It is a good overview of the science, but also important philosophically.

Koonin has written more than 200 academic papers and articles. They have been cited over 14,000 times according to Google Scholar. These are mostly on his main fields of nuclear and atomic physics. He has also written on biofuels, energy, climate science, observations of Earth’s albedo, and analysis of the human genome. He was once chairman of the small JASON group of scientists that advise the Pentagon and other federal agencies. As the Wall Street Journal reports in their recent review of the book, “Mr. Koonin’s science credentials are impeccable.” (Mills, 2021). 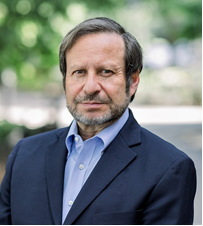 We can expect that he will be excoriated by the press because he does not toe the party line, but he is clearly correct and level-headed in the book. The book is not available to the public yet, but it is already a #1 best seller in the Amazon Kindle store, under “Weather.” A few interesting quotes from the early copy he sent me:

“The earth has warmed during the past century, partly because of natural phenomena and partly in response to growing human influences. These human influences (most importantly the accumulation of CO2 from burning fossil fuels) exert a physically small effect on the complex climate system. Unfortunately, our limited observations and understanding are insufficient to usefully quantify either how the climate will respond to human influences or how it varies naturally. However, even as human influences have increased fivefold since 1950 and the globe has warmed modestly, most severe weather phenomena remain within past variability. Projections of future climate and weather events rely on models demonstrably unfit for the purpose.” (Koonin, 2021, p. 24)

This quote is particularly important because many in the public do not realize that the human impact on climate has never been observed or measured in nature. They consider it a fact, but, the IPCC has only provided us with a very rough estimate based on models. What does Professor Koonin have to say about the climate models?

“it’s easy to be seduced by the notion that we can just feed the present state of the atmosphere and oceans into a computer, make some assumptions about future human and natural influences, and so accurately predict the climate decades into the future. Unfortunately, that’s just a fantasy, as you might infer from weather forecasts, which can be accurate out to two weeks or so.” (Koonin, 2021, p. 79)

Two weeks? Koonin is being very generous, his reference is here. He adds a couple of pages later:

“anyone who says that climate models are ‘just physics’ either doesn’t understand them or is being deliberately misleading” (Koonin, 2021, p. 81).

Some scientists from the Max Planck Institute described how they tuned their climate model by targeting an ECS (the climate or temperature sensitivity to a doubling of the CO2 concentration) of about 3°C by adjusting their cloud feedbacks. To understand how awful this is, one much understand that clouds are not modeled; they are adjustable parameters. ECS is not a model input, it is computed from model output. Koonin’s comment: “the researchers tuned their model to make its sensitivity to greenhouse gases what they thought it should be. Talk about cooking the books.” (Koonin, 2021, p. 93).

The world’s governments and the U.N. have spent billions of dollars on climate research and thousands of scientists around the world have spent their entire careers on this subject, so how are we doing? Koonin tells us:

“One stunning problem is that the spread of the [IPCC AR5] CMIP5 ensemble in the years after 1960 is larger than that of the models in CMIP3 – in other words, the later generation of models is actually more uncertain than the earlier one. So here is a real surprise: even as the models became more sophisticated – including finer grids, fancier subgrid parameterizations … the uncertainty increased” (Koonin, 2021, p. 87)

Koonin was first trained in physics at Cal Tech, where he knew and studied with Richard Feynman, the famous physicist who taught us to believe “in the ignorance of experts.” Koonin reports this passage from Feynman’s 1974 Cal Tech commencement speech:

“Last night I heard [on TV] that Wesson Oil doesn’t soak through food. Well, that’s true. It’s not dishonest; but the thing I’m talking about is not just a matter of not being dishonest, it’s a matter of scientific integrity, which is another level. The fact that should be added to that advertising statement is that no oils soak through food, if operated at a certain temperature. If operated at another temperature, they all will—including Wesson Oil. So, it’s the implication which has been conveyed, not the fact, which is true, and the difference is what we have to deal with.” (Koonin, 2021, p. 7)

As Koonin relates, this is the state of climate science today. What the IPCC and U.S. government tells us about climate science is generally true, but in their effort “to persuade, rather than inform,” they leave out what doesn’t fit their narrative. They tell us enough to be alarmed, not enough to educate. It is the loss of scientific integrity that is alarming, not the climate.

Much of the book is spent dispelling the myth that extreme weather events are increasing due to human-caused climate change. He relates that heat waves are not more common today than they were in 1900, tornados are not trending up, nor are droughts. Koonin criticizes the media for claiming that extreme weather is somehow related to human activities, when it is clear there is no evidence to support this.

Holman Jenkins of the Wall Street Journal also read a draft of the book and has written this, based on an interview with Koonin:

“Koonin argues not against current climate science but that what the media and politicians and activists say about climate science has drifted so far out of touch with the actual science as to be absurdly, demonstrably false.” (Jenkins, 2021)

Jenkins and Koonin lament both the loss of honesty and the belief in the importance of honesty and truth in the news media and politics today. From 2009 through 2011, Koonin was President Obama’s Under Secretary for Science in the Department of Energy. Later in 2020, Obama declared we are in an “epistemological crisis.” Whether we agree with Obama on the issues or not, we agree that the U.S. is in a crisis with respect to truth and knowledge. Science is all about determining the truth in an objective and reproducible way. One’s feelings don’t matter, excuses don’t matter, consensus opinions don’t matter, what you call it (“global warming” or “climate change”) doesn’t matter, only what you present that can be reproduced independently matters. Unsettled is about getting science back on track, scientists should report what they know, what they don’t know, what they modeled, and what they observed. Nothing more, nothing less.

Some of you may remember that Professor Koonin led an interesting star-studded American Physical Society workshop on climate change in 2014. They discussed and debated the essential elements of the ongoing climate change debate. My summary of the workshop can be read here. Reading the transcript of this workshop was eye-opening for me, it is 573 pages long, but a great example of science well done. Unfortunately, the large holes in the popular man-made climate science narrative it identified were ignored. Koonin actively advocated for more such formal scientific debates on the science; with both sides represented, but sadly every proposal was shot down. As he describes in Chapter 11, “Fixing the Broken Science,” prominent Democratic Senators Markey, Schatz, Smith, Blumenthal, Shaheen, Booker, Stabenow, Klobuchar, Hassan, Markey, and Feinstein tried to literally outlaw federal funding of debate on climate science, their bill read in part:

“… to prohibit the use of funds to Federal agencies to establish a panel, task force, advisory committee, or other effort to challenge the scientific consensus on climate change, and for other purposes.” (Koonin, 2021, p. 202)

Are they really trying to legislate a research outcome? Science is debate. Without debate, true science does not exist. The various scientific academies are no better than the Senate. Koonin and his colleagues have urged them to remain true to their principles and inform, rather than persuade, but their pleas were ignored. This is where we are today. We applaud Professor Koonin’s stand on scientific integrity and encourage others to follow his lead.

Koonin, S. E. (2021). Unsettled: What Climate Science Tells us, What it doesn’t, and why it matters. Dallas, Texas, USA: BenBella. Retrieved from https://www.amazon.com/dp/B08JQKQGD5/ref=dp-kindle-redirect?_encoding=UTF8&btkr=1