Why did the EU invite Greta Thunberg and not Nobel Prize winner William Nordhaus? 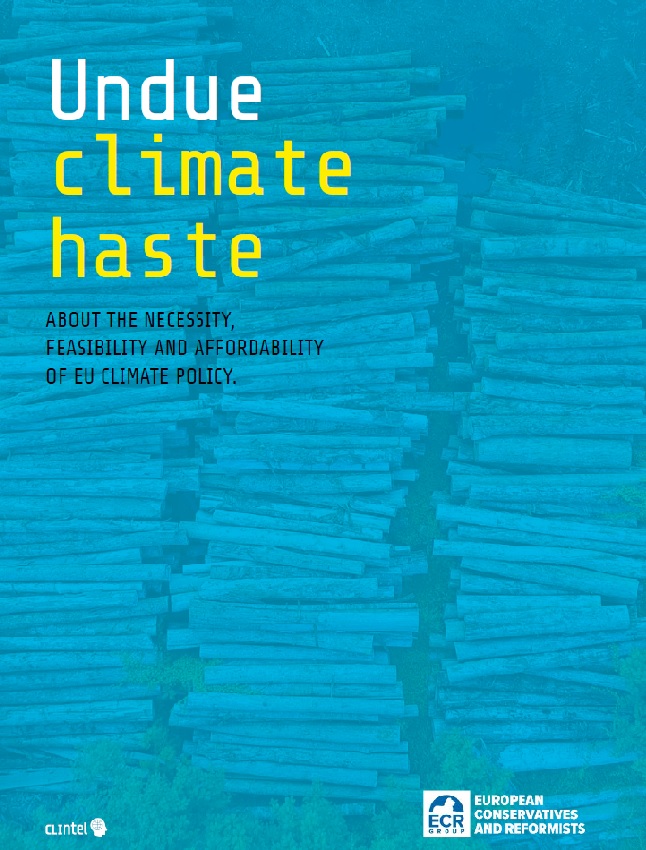 Optimum economic outturn is seen at 3.5 degrees Celsius of warming in 2100
Mortality due to extreme weather decreased spectacularly

Why did the EU invite the young Swedish climate activist Greta Thunberg to speak in Brussels instead of the Nobel Prize winning climate economist William Nordhaus? That question is answered in an essay entitled Undue Climate Haste, which the CLINTEL Foundation is publishing today. The essay concludes: “The main message of this essay is that we are in no hurry and that panic is unwarranted. Climate change always deserves our attention, but the idea that we need to turn our energy supply upside down right now appears to be driven by emotion rather than reason.”

The EU has decided it wants to achieve net zero carbon emission by 2050. If they succeed, Europe will become the first ‘climate neutral’ continent. The media have mainly welcomed this ambition. Politicians claim that there will be many benefits of this policy: they say it will make the economy stronger and create jobs. But are these claims justified, by a cost-benefit analysis for example?

They are not, states the essay Undue Climate Haste. Remarkably the Nobel Prize (2018) winning climate economist William Nordhaus showed in his Nobel lecture in Stockholm that the ‘economic optimum’ for climate policy is to allow 3.5 degrees Celsius of warming in 2100. Economically, it is better to accept a certain amount of climate damage and to limit the cost of mitigation than the other way round: ambitious goals such as staying below 2 degrees or even 1.5 degrees are extremely costly.

Unfeasible
The climate goals of the EU are not only very costly, they are unachievable in practice. A simple calculation shows that in order to reach net zero emissions in 2050, the EU will have to deploy a new nuclear power station every week, from now until 2050. In total, 1650 new nuclear power stations would be needed. Yet today, 60 years after the first nuclear power plan went into production, there are only 450 such plants across the world.

The EU has a strong preference for ‘renewable’ energy sources, such as wind and solar, instead of nuclear. Achieving net zero with wind would require 450 new 2.5-MW turbines to be installed every two days until 2050; 82,000 windmills a year! Where would you place them all?

Unnecessary
The last part of the essay explains the EU’s haste towards its climate goal is totally unnecessary. Almost all important parameters indicate that climate change is a manageable phenomenon. We now have the technology and the wealth to cope.

The number of victims of extreme weather has decreased over the past century by more than 95%. Damage from such phenomena, corrected for the growth of the economy, has also declined slightly. Sea-level is rising, but very slowly and, moreover, no acceleration is apparent in long tide-gauge records.

Meanwhile there are strong indications that climate models, on which climate policy is largely based, are ‘oversensitive’, i.e. the real climate is less sensitive to CO2 than the climate models say it is. This means less future warming, and that CO2 reductions needed to stay below the 2 degrees target do not need to be so aggressive. Even if emissions stay above the 2020 level for the rest of the century, the 2-degree target remains in sight. Unfortunately, the climate science community rarely tells policymakers about these relatively new insights, preferring to discuss scenarios based on climate models.

The essay Undue Climate Haste was commissioned by the ECR Group of the European Parliament in Brussels.

You can read the essay here.