Climate Case of the Century: March 15 will be crucial 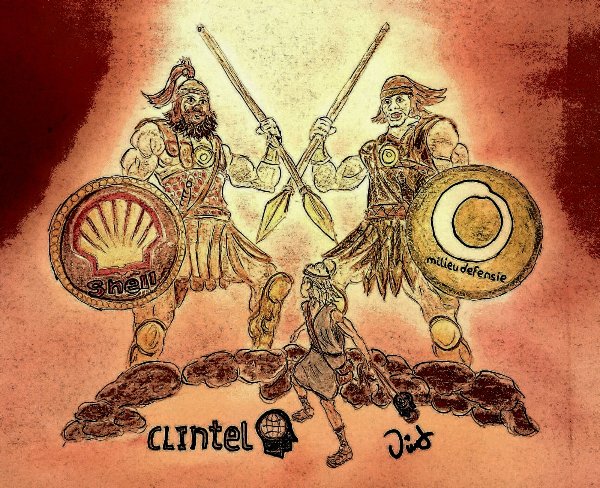 This picture, produced for Clintel by the Dutch artist Vincent Geijsen, tells a thousand words. Clintel is David fighting not one but two Goliaths. Indeed, Clintel has applied for leave to intervene in a high profile Dutch  court case between oil and gas company Shell and the environmental NGO Friends of the Earth (in The Netherlands called Milieudefensie). Friends of the Earth (FoE) calls this case ‘the Climate Case of the Century’.

UrgendaIn The Netherlands we have now had two prominent climate cases. In 2015 Dutch NGO Urgenda won its case against the Dutch state, demanding more ambitious reduction of greenhouse gases. Now FoE prevailed against a private company in a climate case. Shell was ordered to adopt corporate policies to reduce the CO2 emissions from the group’s activities by net 45% by the end of 2030 compared to 2019. This reduction obligation applies to the Shell Group’s entire global energy portfolio. Shell must not only reduce its own emissions but also ensure that the emissions of its suppliers and customers (Scope 3 emissions) fall drastically.

SweetheartThe verdict and court documents, reveal that this is some sort of ‘sweetheart’ case in which the parties agreed on the facts. Shell could hardly defend itself against the alarmist statements put forward by FoE because the company had previously made similar statements. Nowadays, a large, publicly traded company cannot publicly deny the “climate crisis.” If a company were to do so, it would have the media, activists, and a large number of politicians all condemning it. No public company can afford such reputational damage. Climate activists exploit the inability of corporations to defend themselves.

FoE in powerWith the big win against Shell in its pocket FoE has demanded ambitious ‘climate plans’ from 30 major Dutch companies, including food companies and even banks and insurance companies. These climate plans have been verified by the “New Climate Institute,” a consultancy known for the “Climate Action Tracker” that has turned climate into a huge revenue model. The result was a red “climate crisis index” rating for the vast majority.

These companies face the same dilemma as Shell. If they fight back they will likely suffer huge reputational damage. Shell moved its headquarter from The Hague to London last year, and will receive huge subsidies for CCS-projects (Carbon Capture and Storage) and green hydrogen. Ultimately, the bill for all these ‘climate plans’ will have to be paid by citizens and Small and Medium-sized Enterprises (SMEs). Small companies are already suffering due to high energy prices, which are only partly related to the war in Ukraine and for the rest the result of environmental and climate policies.

Intervention by ClintelClintel says enough is enough. In October Clintel sent a request to the court of appeal to join the case as a third independent party. Clintel’s aim is to make clear that the judge based its verdict on a distorted picture of climate science, the role of the IPCC and the state of the climate. It will also defend the rights of citizens and democracy. Not surprisingly, but disappointing nonetheless, both Shell and FoE oppose Clintel‘s proposed intervention. The court ordered a hearing on March 15th 2023 in which Clintel can plead its case.

We launched our own special website for this court case: climatecaseofthecentury.org.Everyone in the world can (free of charge) join our case (as a citizen/lawyer or as a scientist) by filling in a form on the website. The more people participate, the better for making your voices heard. You can also help us by sending this newsletter to other people that might want to join our case.

Of course, we also need a lot of financial support for this big court case. All the details about how you can contribute are available on climatecaseofthecentury.org.

Many thanks in advance for your help and support! 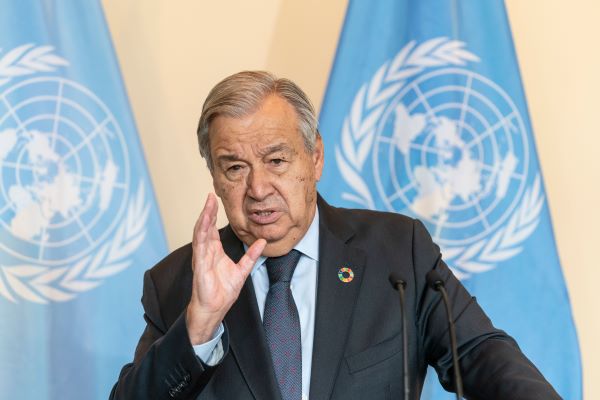 More and more people don’t believe in an ‘existential climate crisis’ anymore, says Clintel President Guus Berkhout in an open New Year’s letter to UN Secretary-General António Guterres. “They realize that your familiar scaring-to-death narrative is based on over-heated computer models. Why do you keep on talking about an ‘upcoming climate hell’?

Berkhout also states that “Economic development cannot happen without affordable and reliable energy supplies. In the coming decades we must make full use of affordable indigenous fossil fuels for power generation, with an ambitious plan for a network of modern nuclear power plants.”

Temperature in Sydney didn’t even reach 32 degrees this summer 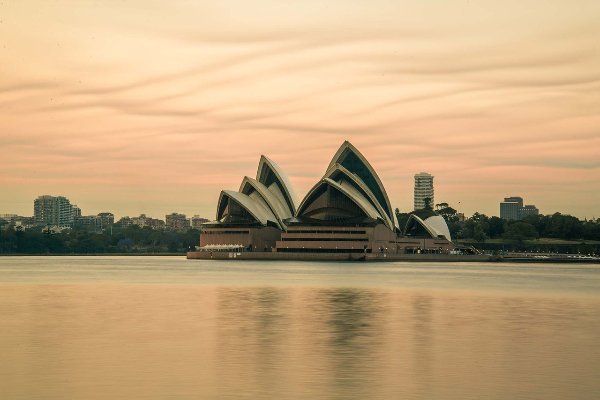 For the first time in 163 years of records at Sydney Observatory, the temperature didn’t even crack 32 degrees Celsius for the whole year of 2022, despite CO2 being at higher levels than ever. Sydney has never had temperatures that were so un-extreme, says Joanne Nova. “The hottest day all year at this historic site was just 31.9 C. And this is despite many site changes at the Sydney Observatory which make the site warmer, including all the concrete, bitumen and 6-lane freeways added in the area.”

But so far the total media attention on this point is one tweet by a Weatherzone meteorologist and a paragraph in  The Sydney Morning Herald. “If it was the hottest year in 163 years, we’d know all about it…”, says Nova.

“Warming is slowing down” 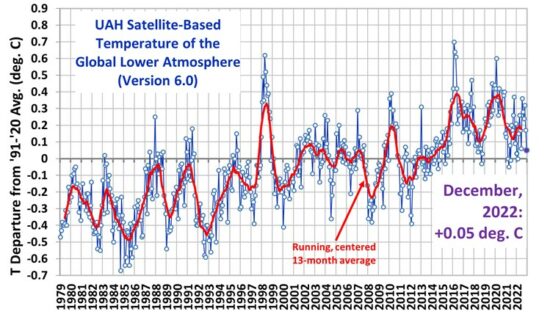 The unusually mild weather at the turn of the year in Central Europe has strengthened the belief of many in Germany that CO2-induced global warming is in full swing, says German professor Fritz Vahrenholt. But “globally – and this is the only thing that matters – temperatures are developing in a different direction.”

“If we take the average of the last years, the global temperature has been constant for 8 years and 4 months. But it gets even better: the latest scientific studies show for Europe that it will first go slightly downhill for 15-20 years.” Vahrenholt explains that this is connected to the North Atlantic Oscillation. Some climate science heavyweights recently caused a stir when they published a study showing that we are facing a weakening of that North Atlantic Oscillation, a cooling of the North Atlantic and a related global temperature development such as that between 1950 and 1970.

Meanwhile dr. Javier Vinós also sees warming slowing down. He syas that “2022 has been a good year in terms of climate, and it also reaffirms the positive trends toward a reduction in the intensity of climate change in many of the main indicators: temperature, Arctic sea-ice extent, sea level, and extreme phenomena.” Vinós also looks at the satellite-calculated global temperature data from the University of Alabama in Huntsville, UAH 6.0, since 1979 and concludes that “the temperature trend is decreasing since 2016, and 2022 is the seventh warmest year since 1979.” 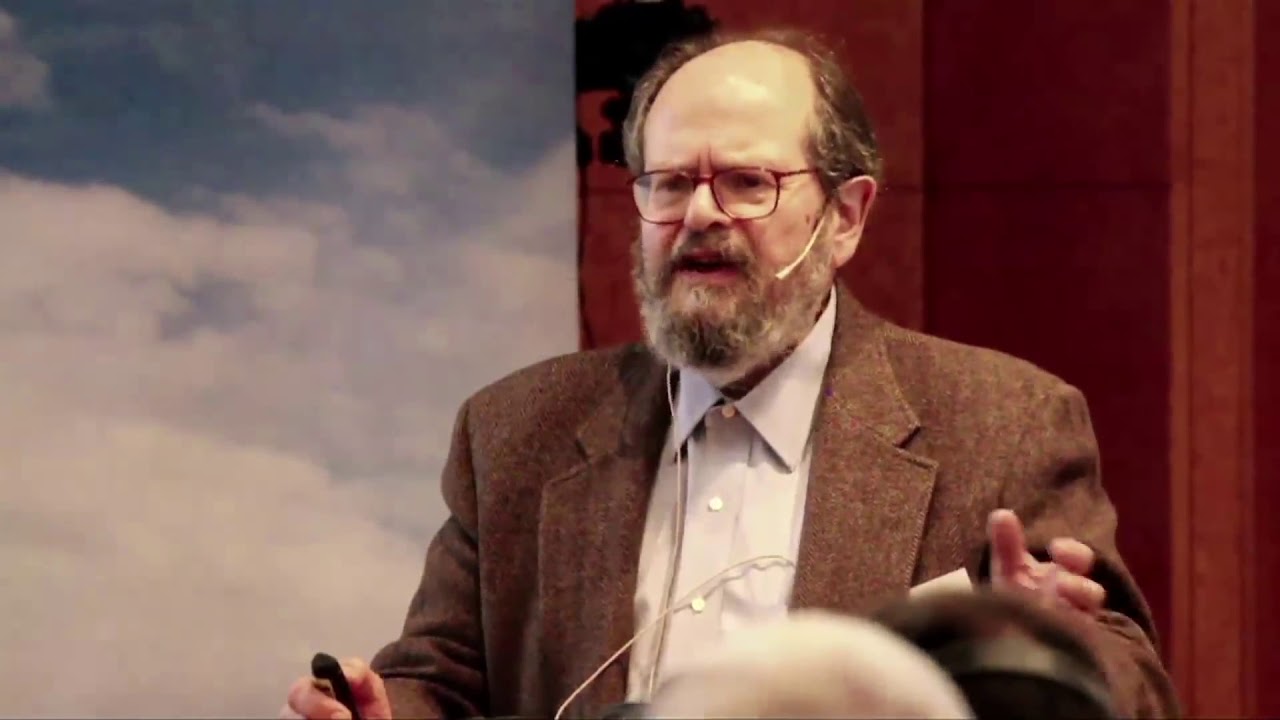 “If you want to get a narrative established, the crucial thing is to pepper it with errors so that the critics will seize on that and not question the basic narrative.” That’s the rather cynical take on mainstream climate science of dr. Richard Lindzen expressed  in a recent long interview with the influential conservative thinker Jordan Peterson, which already has 250.000 views.

Peterson and Lindzen dive into the facts of climate change. Lindzen talks about the underlying science and it’s flaws, but keeps coming back to other and larger issues, especially the dismal state of academia, and the politicized world of ‘professional’ science.

Copyright © 2023 Clintel Foundation.
You can mail your reactions to this newsletter to office@clintel.org